...and hearts of stone 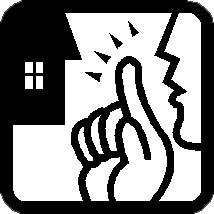 Have you noticed in a car how the radio usually comes on with the engine? Or the first thing you do after starting up is to put on a CD? I never noted this until I recently read a psychologist's report saying that people need a certain amount of background noise to feel relaxed. The theme of the article was that more and more people are not comfortable being "alone". And it's not just in the car: MiniDiscs at home, Muzak in the elevator, Walkmans, Discmans everywhere. All designed to protect us from being alone with no one else and nothing else around. The report presented data without answering the question why this is so.

It seems that we are less and less at ease with ourselves. I found the article fascinating because discomfort with ourselves is the opposite of the Torah approach. The Torah teaches that in order to build a relationship with G-d we must get to know ourselves. This requires introspection without any distractions. As a Chassidic rabbi put it, "Getting to know yourself better allows you to get to know the world better."

I wonder what conclusions the researcher would have drawn if he had spent time in a Synagogue. Daily we take time out from our decibel-laden lives to pray in near silence. At the most intense moment of our spiritual connection each of us is in a "cocoon of silence" - alone with G-d. Silence is the tool for drawing ourselves closer to G-d in this physical world.

Over 3,300 years ago, on the morning G-d gave the Jewish People the Torah, the entire Creation was silent. All life forms were mute. The sea was completely still. Nothing moved. Not a sound. Pure silence.

And it was from this silence the Torah was given.

Imagine. Each Jew was forced to look into his heart and come to terms with himself without the aid of anything external. No palm pilots, no mobile phones, not even a beeper. Just an old-fashioned heart. Because it is from the heart that a person defines what kind of relationship he wants with his Creator. The Midrash teaches that on Shavuot, the day that G-d gave us the Torah, His voice reverberated with an intensity and a strength that had never before been revealed. That voice was so powerful that it penetrated into the heart of every single person standing at Sinai - and yet not a sound was heard. G-d spoke to each heart in the most personal way. Each person was chosen by G-d to become the recipient of the Torah, the greatest treasure in the world.

During the British Mandate, Rabbi Abraham Isaac Kook was forced to appear at a Royal Commission. The commission was convened to discuss why the Jews insisted on praying at the site of the destroyed Temple. Rabbi Kook was asked why the Jewish People make such a fuss over the Western Wall. "After all," drawled an English officer. "It is just a bunch of rocks one on top of the other." Rabbi Kook replied that "Just as there are hearts which are made of stone, so too there are stones which are made of heart."

Shavuot, the day the Torah was given, is the day when we can choose the nature of our hearts. Whether they will remain impervious and unresponsive to the silence. Dormant and rocklike. Or if our hearts will serve as the spiritual center of our being. Shavuot is the day that we decide if our hearts are going to listen to the silence and unite together with G-d in genuine celebration.