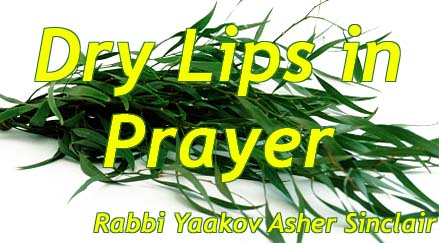 The four species, the etrog, lulav, hadas and arava correspond to parts of the human body. The lulav is the spine; the etrog the heart; the hadas the eyes and the arava the lips.

Which is why it is puzzling that of all the four species, we make the most fuss over the arava. We have a special day on Succot where the arava is the "star" — Hoshana Rabba. None of the other three species have the honor of a specific day of Succot on which they are remembered. Why is the arava, which represents the least of the Jewish People, celebrated above all the other species?

The message of the arava is that G-d loves our prayers. The lips of a Jew are his most precious possession. And even when our prayers seem dry and empty like the arava, when they come from a humble heart, G-d loves them, listens to them and accepts them.