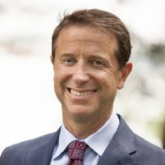 
I was in Minnesota in early November a number of years ago visiting with my close friend and former talmid Chaim Fink. To those, like me, who had never been in Minnesota, it was an introduction to a world that I had never imagined. I was a Midwestern transplant from New York, so I was used to the flat vowel accents; the use of the word “pop” for soda; the friendliness and openness of Midwesterners; and the love of the outdoors and camping. But I was not prepared for the headline that greeted me that morning at the breakfast table in the Fink house in St. Louis Park, a Jewish suburb of Minneapolis. The front page of the local newspaper, the Star Tribune, screamed:

“Oh,” he answered, “it’s announcing the beginning of the deer hunting season.”

“And this is front page news?”

“Yep! Deer hunting is a very big deal in Minnesota.”

“What does ‘orange blaze’ mean?”

“It’s the color of the clothing that hunters must wear so that other hunters don’t shoot them.”

As I drove downtown to appointments in my quest for funds for Ohr Somayach, I listened to the car radio. The topic of every talk show was deer hunting.

I would have thought that some of the callers would be opposed to deer hunting. I mean, the thought of killing Bambi?! But no, even the callers who personally chose not to shoot deer valued the experience (almost a rite of passage for these denizens of the North) of their first deer hunt. When they were old enough to properly hold and shoot a gun, they would go out to the country with their families and shoot. And these were not just men callers. Women also expressed their fond memories. Deer hunting appeared to be an equal opportunity sport.

One of my appointments was at the business offices of a wealthy religious family. They, of course, wouldn’t hunt deer, because of tzaar baalei chaim, but they were “avid,” or maybe more correctly, “obsessive” fisherman. Pictures of them in their many boats or in their icehouse hooking a giant Bass, a Walleye, Bigmouth Buffalo or a Lake Sturgeon, plastered the walls of the office.

So how did a non-religious, ice-fishing, homegrown Minnesotan named Chaim Fink get involved with Ohr Somayach? Read on.

Chaim was raised in a secular Jewish home with knowledge of his family history and heritage but little in the way of observance. He was a bright student and went to the University of Pennsylvania’s Wharton School for an undergraduate degree in Finance and Business, but after his first semester he started asking: “Who am I and why am I on this planet?” To look for answers, he decided to study a broad array of subjects: anthropology, astronomy, Afro-American literature, and, finally, Professor Arthur Green’s Introduction to Judaism 101. Professor Green’s area of academic interest is Jewish Mysticism, and he has written a number of books on the subject. Chaim was enthralled. Professor Green became his mentor. A Shabbaton at Chabad on campus spurred his growing attraction to traditional Judaism. After graduating cum laude from Penn with a Liberal Arts degree, he traveled to Israel with a backpack and an open mind.

His first stop was the Livnot U’Lehibanot program in Safed, where participants restore old buildings and learn about Judaism. From there he went on to sample multiple yeshivot in Jerusalem, including a stint in Ohr Somayach. After a year, his mother begged Chaim to come home and start his professional life in Minneapolis. He reluctantly agreed, but by now he had changed. He had found himself and his true home in Torah,mitzvot, Shabbat and an unbreakable connection to the Land of Israel and the Jewish People.

His father founded and built one of the largest compensation and insurance benefits consulting firms in the United States. One could say, if such a thing is possible, that insurance was in Chaim’s blood.

He worked for a short while for his father, but was determined to make his own way in the world and started an independent financial planning/insurance company.

To many of his Jewish friends and acquaintances, the challenges he faced seemed insurmountable. Chaim insisted on keeping Shabbosand kashrut and on wearing his yarmulke and tzitzit, both in his office and in meetings with potential clients. According to them, below the surface (or under the lake ice) of “Minnesota nice,” the state was the “anti-Semitic capital of the USA.” They asked him: “Do you have to be so Jewish?” “Why flaunt your Judaism; you’ll never make a living here if you can’t eat and party with clients.” “You should move to NY or LA if you want to succeed as a religious Jew.” And so on...

But Chaim was undaunted. To his surprise, he discovered that 50-80-year-old non-religious Jewish business owners were generally extremely receptive to him. “They saw that I stood up as a proud Jew. They trusted me almost immediately in a way that I could not have imagined and my career took off, Baruch Hashem!”

After ten years in the business, Chaim had developed more than a thousand clients. But that wasn’t enough for him. He felt a need for more focus and growth in ruchnius. He joined the Beis Yisroel shul, themain Orthodox shul in his neighborhood of St. Louis Park. Chaim forged a close bond with its Rabbi, Moshe Tuvia Lieff, resulting in his rededication to scrupulous mitzvah observance and Torah study. Rabbi Lieff also suggested that Chaim take a Sabbatical and go to Israel to learn in Yeshivat Ohr Somayach.

Rabbi Moshe Tuvia, who was the author’s neighbor and friend in Cleveland prior to his move to Minneapolis, accompanied Chaim on his trip to Israel and asked me to learn with Chaim.

Chaim is a serious learner, and his thirst for Torah is unquenchable. He spent a number of weeks with us in Ohr Somayach, and drank deeply from the wells of Torah. Business was never far from his mind, but now it too had a different direction.

As he describes it: “Sitting with you in the Beis Midrash at Ohr Somayach, I had a flash of inspiration. If I can help families transform tax dollars into tzedaka, we could raise billions for the Jewish People. I returned to Minneapolis with this renewed vision for my life and business, which has grown to the point where after 20 years we have helped hundreds of families leave a meaningful legacy and have raised over $1.4 billion for tzedaka.”

I kept in touch with Chaim afterwards and we developed a close friendship. That’s how I ended up in Minnesota during deer hunting season on one of my fundraising trips to the States.

Over the years, Chaim has become an expert in Estate and Gift Planning for high net-worth individuals and families. As a former Estate and Trust lawyer, I could only admire the sophistication of his plans. But more impressive to me was the comment of a close friend of mine, Calvin Kirchick, z’l, a ben Torah and nationally recognized expert in Estates and Trust law, who told me that Chaim’s Estate Planning was more sophisticated than any he had ever seen.

The Tamar Fink Agency in Minneapolis is a national powerhouse in Estate and Gift planning. Chaim travels all over the country, speaking at professional conferences and visiting clients and potential clients. His success can be measured in terms of the tzedaka he has given over the years to many Torah institutions. Included in his giving are his donations to our Yeshiva, which qualifies him for a seat at the Ohr Somayach’s Million Dollar Roundtable.

As much as we value Chaim’s financial contributions, we equally value his involvement in the Ohr Somayach’s Mentors Missions. In this program, baalei batim, mainly from the US and Canada, come to Israel concurrently with our two week JLE summer and winter program. They learn one-on-one and bond with the young men, most of whom are experiencing their first exposure to yeshiva learning. As that relationship solidifies, contact with the Mentee continues throughout the year, with the eventual goal of encouraging further learning in yeshiva for a year or a multi-year program. Chaim’s intelligence and salesmanship is a major contribution to that effort.

On one of his many trips to Israel, Chaim met and eventually married Nicole Benjamin, an Australian-Israeli whose family roots were in India. She is now Dr. Nicole Benjamin, having recently earned her PhD in Conservation Biology. She has been offered teaching positions in a number of universities, including the Ivy Leagues. But with a growing family of three young children and their massive involvement in the Minneapolis Jewish community, the Finks are now firmly anchored in Minneapolis, awaiting both the next fishing opener and Mashiach — who he hopes will come first!