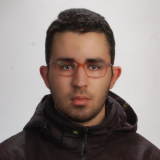 Education: University of Szczecin, Poland – BA in Marketing and Business

As one can tell from the above list of the places Netzach has lived, his parents moved quite often. Netzach’s father was born on a farm in Rhodesia (now Zimbabwe) to parents who moved there from Poland. Not that Netzach’s grandparents were Polish. They were Romaniote Jews from Greece. After surviving the Nazis in Greece during the Second World War by living in the mountains with the Greek partisans, they moved to Poland in 1946 where there was a small Romaniote community. They later moved to Rhodesia, where his grandfather tried his hand at farming. When Rhodesia became Zimbabwe, almost all of the white people left, including Netzach’s father’s family. They moved back to Poland.

His mother’s family is from Salonika (now known as Thessaloniki after the Greeks captured it from the Ottoman Empire in 1913). A significant Adriatic seaport since antiquity, it became the only large city in the world with a majority Jewish population, as a result of the influx of Jews from Spain after the Expulsion of 1492. It was also the home of famous Sephardic Rabbis, including Rabbi Yosef Caro, the author of the Shulchan Aruch and Shlomo Alkabetz, the famous Kabbalistand author of Lecha Dodi. It also happens to be the birthplace of Dr. Albert Bouria, the CEO of Pfizer, the developer of a COVID-19 vaccine.

If you have never heard of the Romaniotes, do not be surprised. I had never heard of them either until I saw Netzach’s application to the Yeshiva and wondered how a Jew could end up in Volos, Greece, a city whose existence I previously was unaware of, yet was an important one in Romaniote history and which still has a Beit Knesset and a small Romaniote community.

Jews have lived in Greece since the time of Alexander the Great, about 2300 years ago. They were, in fact, the first settlement of Jews in Europe. Major communities were located in Volos, Salonika, Ioannina, Arta, Preveza, Chalcis, Chania, Thebes, Corinth, Patras and on the islands of Corfu, Crete, Zakynthos, Lesbos, Chios, Samos, Rhodes and Cyprus.

They speak Yavanis (or Yavanic), which is to Greek as Yiddish is to German or Ladino is to Spanish. It is basically Greek mixed with Turkish and Hebrew. It is still spoken today, and Netzach is fluent in both Yavanis and Modern Greek (along with English and Polish).

Netzach’s father is an economist and diplomat who worked for the Polish Foreign Ministry since completing his education. After living in Rhodesia, where he grew up speaking English and Afrikaans for his first fourteen years, the family moved to Poland, where he finished high school and university. He did graduate work in the States and received a PhD in Economics from Columbia University. He was appointed to various Polish missions in various countries — hence, the family moved around the world.

Netzach spent his first years in Poland, and when he was three his father was fortunate to be posted to Thessaloniki, Greece, home to Netzach’s mother’s family. At eight years old, they moved to Namibia in South West Africa. Then came a series of shorter moves, to Indonesia, Austria and Ireland. At the age of twelve they were in Pretoria, the capital of South Africa. They stayed for two-and-a-half years. When Netzach was fifteen they had moved to Birmingham in the UK for a year, and then back to Namibia and Greece. At seventeen, Netzach was back in Poland, where he earned a BA in Marketing and Business at the University of Szczecin.

The family was always religious, keeping kosher and Shabbat as well as they could, given the difficulties one might expect to find in places like Namibia or Indonesia. Netzach davened and put on tefillin and kept those mitzvahs that he knew. After a year or so in university, he had grown lax in his observance and realized that to strengthen his connection to Judaism he needed to learn in yeshiva.

“As I began to study more about the history of the Jews, especially in Eastern Europe, I came to believe strongly in our traditions and our faith, which is so much greater than the individual. I want to serve Hashem and the Jewish People. I hope to learn all that the Yeshiva has to offer and then to establish a family and become active in my community.”

We are confident that Netzach will succeed b’ezrat Hashem.