A: Although your garage door lacks identifiable posts and a lintel, when a curved archway is surrounded at its top and sides by a wall or a fence, we conceptually “carve out” virtual doorposts and a virtual lintel from the surrounding structure. Even then, its obligation is doubtful, and we affix the mezuzah without a beracha. Obviously, in this case, there is no choice but to place the mezuzah on a curved area.

To calculate the top-third of the doorway, you need to measure from the floor to the point at which the two sides of the arch come within four tefachim of each other. This point is deemed the halachic “top” of the doorway, because the space above that point is too narrow to be considered a serviceable entrance.

Q: We enter our front garden through a beautiful archway in the form of a half-circle, cut into the perimeter fence. As we walk down the path to our home we pass under two other identical archways which are free-standing. Do all or any of them need mezuzahs?

A: Your front archway is part of the perimeter fence, and consequently we conceptually “carve out” virtual doorposts and a virtual lintel from the surrounding structure, and it deserves a mezuzah without a beracha.

But the archways over the garden path are not within a structure and are therefore exempt according to many authorities.

Some authorities recommend that even free-standing arches deserve a mezuzah, albeit also without a beracha. However, your garden-path archways are exempt for another reason: They are purely decorative. As such, even if they would be in the rectangular form of a normal doorway, and even if they would be indoors, they would not need a mezuzah. An example of this would be a long hallway that an architect has designed with repeated doorways for purely aesthetic rather than utilitarian purposes. Another example would be a decorative archway, inside a room, that serves no real function. 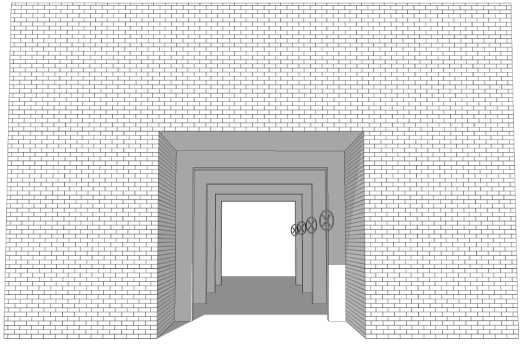 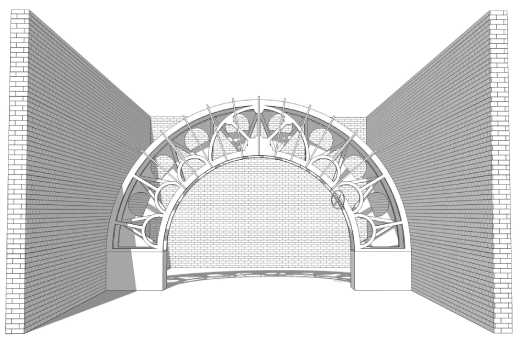 « Back to Mezuzah Maven