The Human Side of the Story 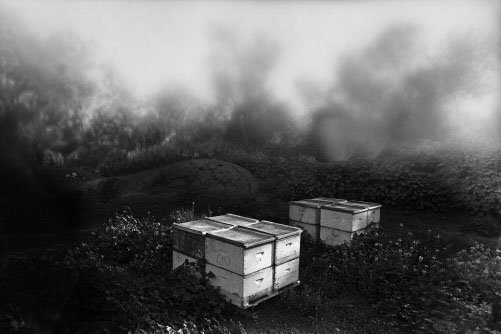 The world in which we live is a very round place.

A chicken's egg, the human eye, the spawn of tadpoles, an oyster, a grain of sand, the stem of a flower, the suction pad of a squid, the rings of a tree trunk, the moon and the sun - the world itself.

There is no square in creation. The natural world is built on endless permutations of the circle.

Why is the circle the ideal form of creation?

When G-d created the world, He brought into existence a single point, an infinitesimal dot, and from there He drew forth the entire Universe (Talmud Bavli - Yuma 54b

If you take a dot and expand it equally in all directions, you will get a circle.

The circle is the ideal natural form because it expresses creation itself.

The square, on the other hand, the rectangle, and the other rectilinear shapes are the hallmarks of man.

The easiest way for man to build is with straight lines, anything curved is more demanding technically and more expensive.

If you look at the letter Heh, you will see that it is, in fact, a combination of two other letters, Dalet –

and an inverted Yud –

The Dalet consists of two lines at right angles to each other which point to the four cardinal directions of the compass:

The numerical value of Dalet is four. The lines of the Dalet represent expansion away from that primeval point of existence.

The Dalet is an archetypal rectilinear shape. Man's creations are based on the straight line because they flow from the Dalet that is their source.

With the Yud, G-d created the Future World.

The Yud is really no more than the tiniest dot. The ideal dot has no direction and occupies no space. In order for us to write a Yud, we have to give it some dimension otherwise it would be invisible. However, the ideal dot cannot be drawn in this world. A point that occupies no space is something that can only exist in a world that is above space - the Future World.

When man sublimates his creations to that higher plane, when the dimensionality of the Dalet aspires to the transcendence of the Yud, earth touches heaven.

Then the letter heh, is complete.

Even though the pre-eminent shape of nature is the circle, there exists a natural phenomenon that seems to defy this axiom.

Throughout recorded history, observers have marveled at the hexagonal pattern of the honeybee's elaborate storage system. More than 2,000 years ago, Greek scholars commented on how bees apparently possess "a certain geometrical forethought" in achieving just the right type of enclosure to hold honey efficiently. In the 19th century, Charles Darwin described the honeycomb as a masterpiece of engineering that is "absolutely perfect in economizing labor and wax." (Needless to say, from the Jewish perspective, no bee will be getting the Nobel Prize for engineering this year. The bee's incredible engineering feat bespeaks not the wisdom of the bee, but one tiny aspect of the wisdom of He who brought this amazing world into being.)

The honeycomb is a hexagon – a six-sided circle, if you like. Why does the honeycomb seem to depart from the natural roundness of the creation and lean towards the linearity of man? Why is the honeycomb a synthesis of the circle and the square?

The answer is that the hexagon represents an ideal synthesis of form and function.

If the honeycomb were round there would be a lot of wasted space between the cells and the entire structure would be less strong.

Were the honeycomb octagonal, which would be even closer to the ideal circle, the modules would not interlock; there would still be some space in between each cell in the honeycomb.

Thus, the hexagon is the perfect blend of the circle and the square, the ideal synthesis of form and function, of this world and the world beyond this world.

Why was it, though, that G-d chose the honeybee of all creatures to express this synthesis?

The bee is a unique creature. It itself is not a kosher creature, but its produce – honey - is. The honeybee represents the transformation of that which ossur, prohibited, into that which is mutar, permitted. In fact, ossur is better translated as “bound”. What makes something prohibited is our inability to reach the inner spark of holiness that gives it existence in this world. It is bound up, tied, and inaccessible. We cannot connect to it, and it connects only to itself. It is trapped, bound, ossur.

G-d has given the Jewish People the job of connecting this world to the one beyond it. Left to himself, man degenerates into an obsession with form, with physicality, with the way things look. He constructs monoliths to scrape the skies, vaunting geometry.

That which connects only to itself is inherently tameh.

Tuma results from the failed potential for connection: Loshon Hara, words that divide people, is inherently tameh and in Biblical times caused visible lesions on the skin. The monthly cycle of the body's reproductive capacity causes tuma when it does not lead to the beginning of new life – the un-actualized potential for the renewal of life brings tuma because it expresses a failure to connect to what is beyond it.

The honeybee symbolizes the subservience of form to function, the sublimation of tuma into tahara.

The pool at the center

to the circle's wish.

« Back to The Human Side of the Story